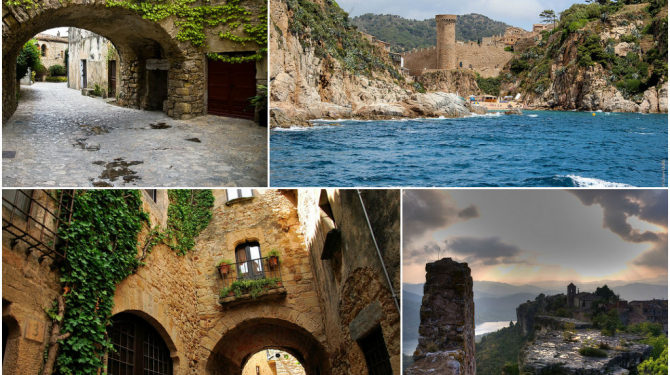 Source:listas.20minutos.es
Villages that stand out for their incredible state of conservation: with its cobbled streets, arches, stone balconies or ogival windows. They are small hamlets, some of them, with only about 100 inhabitants, others better known and visited at tourist level, but all, full of charming corners that transport us back several centuries.
TOP 16:
Cardona (Barcelona) 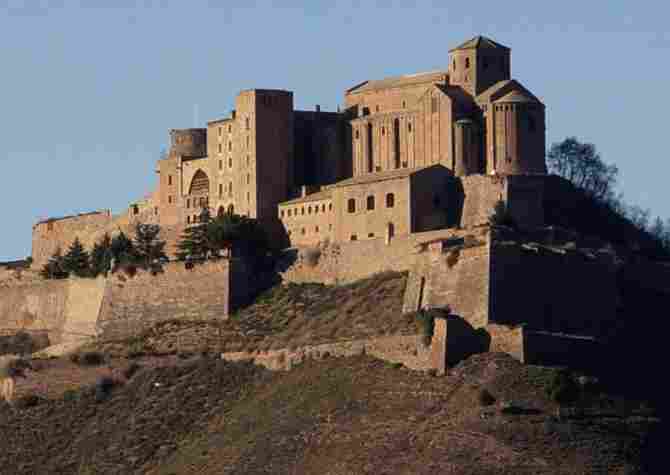 Since ancient times, man has sought places on top of mountains to build fortresses that would allow control of the territory. In Cardona, the location of the castle responds to the need to defend access to the saline and the privileged view of the Cardener valleys.
TOP 15: 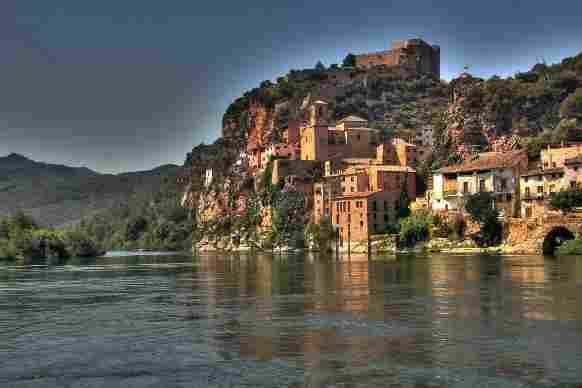 A hamlet that seems to climb from the banks of the Ebro to end up crowned by a wall and a Templar castle on top of a hill.
TOP 14: 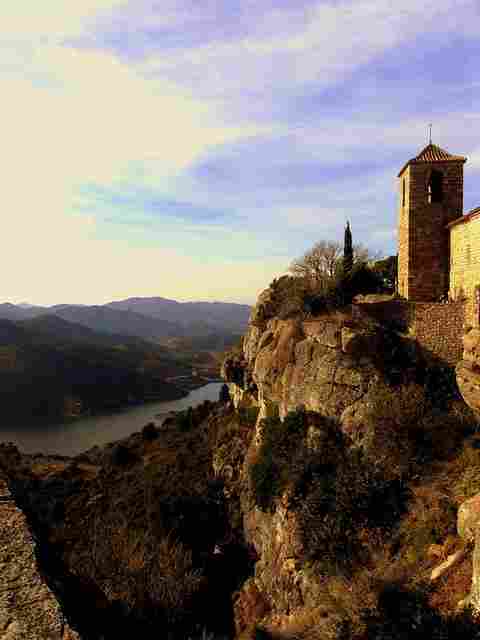 It is one of the most beautiful villages in Catalonia, both because of its location, as well as its surroundings, with fantastic views of the Siurana river valley and the reservoir.
TOP 13: 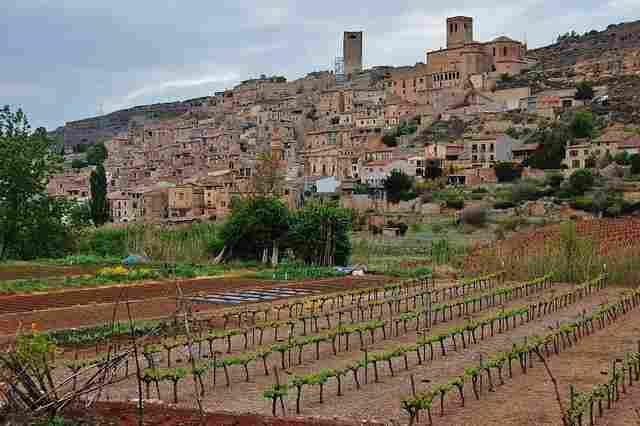 A medieval village that allows you to climb up to one of the towers that crown the city to enjoy the views. It is a protected historical and artistic group on the list of charming villages of the Land of Lleida.
TOP 12: 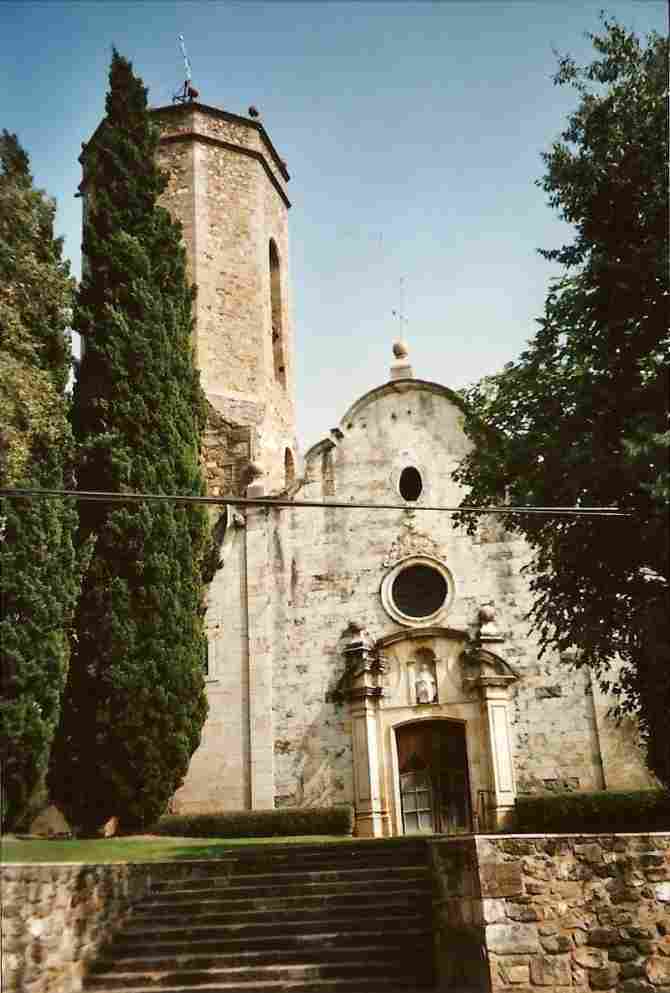 Monells grew up around the old castle, although today only the wall remains. Formerly, it was an important market that gave sustenance to a town preserved until today, to convert to tourism.
TOP 11: 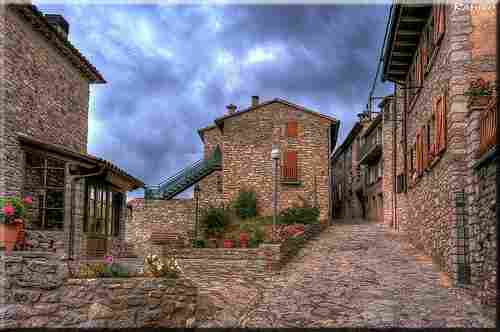 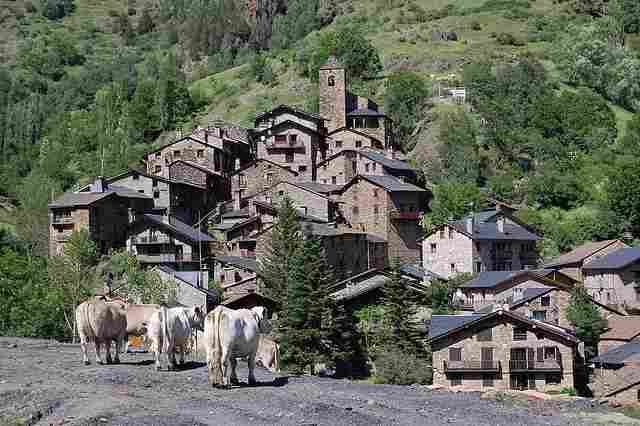 It is a small hamlet, but the most picturesque. In addition to a geographical curiosity: Os de Civis is a town that belongs to the municipality of Les Valls de Valira, but which can only be accessed through Andorra (for this condition it belongs to the periclave category).
TOP 9: 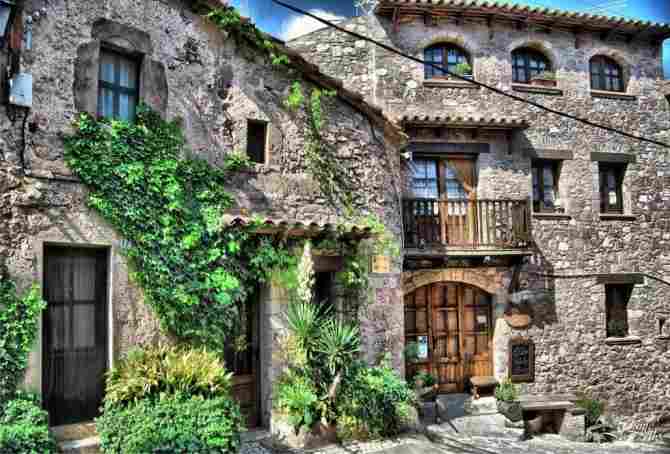 Mura is located in the region of Bages and it highlights its medieval charm, with streets, squares and cobbled houses that have been restored by its inhabitants.
TOP 8: 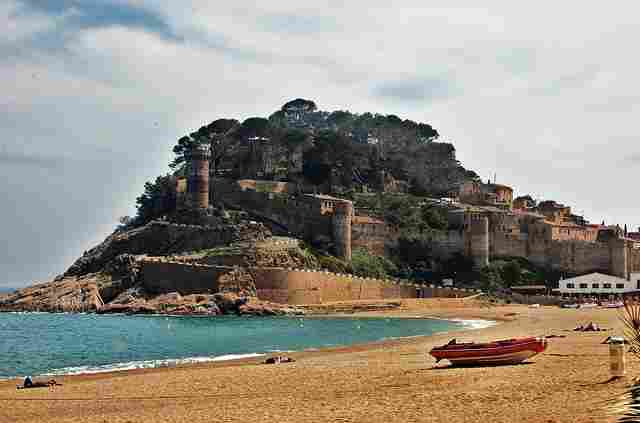 It has one of the most photogenic fortresses by the sea throughout the country (with walls enclosing the historic center), in addition to being close to small coves of transparent water that honor the good reputation of the Costa Brava.
TOP 7: 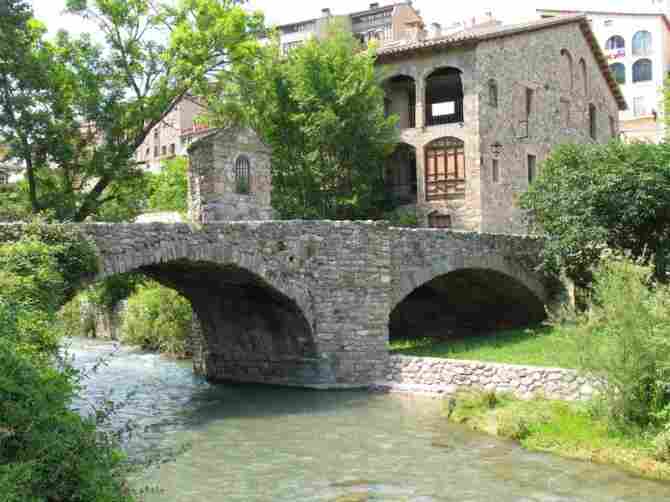 Its current location dates from the thirteenth century, when the barons of Pinós decided to build it with an urban regulation of which there is only the old town with a large square, the church (transition style from Romanesque to Gothic) and the Palace of the Pinós.
TOP 6: 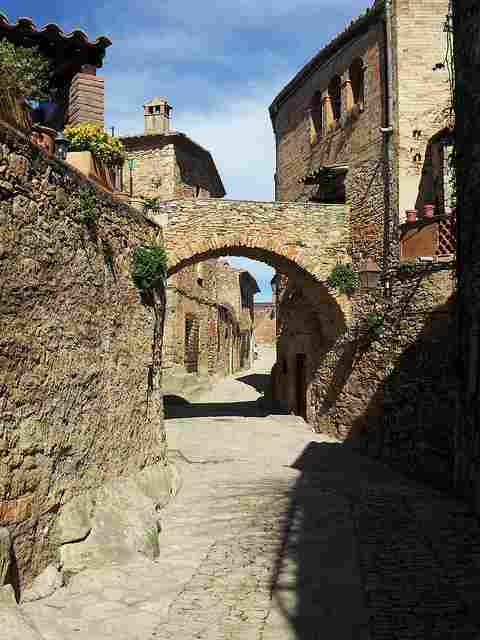 Perhaps, it is one of the most intact and complete medieval sets in the area. Peratallada belongs to the municipality of Forallac, and was declared precisely as a Historic-Artistic Site because of its conservation level. A population that grew around a castle.
TOP 5: 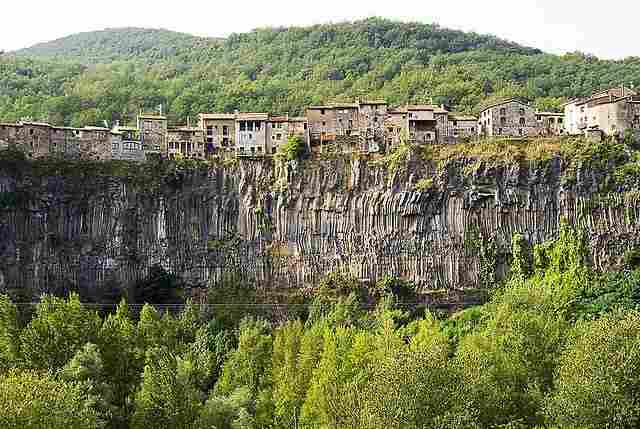 It is part of the basalt precipice, as if it were naturally walled. His situation is obviously photogenic by others.
TOP 4: 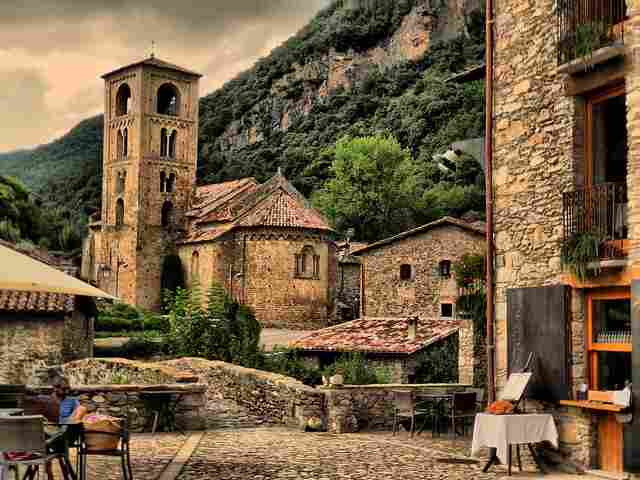 A small village of the Pre-Pyrenees in the Alta Garrotxa (Eastern Pyrenees), is in an area of valleys and mountains that today attracts tourists who often exceed their number of inhabitants, just 27. It has a Romanesque church (Sant Cristófol), and a farmhouse that adapts to the landscape.
TOP 3: 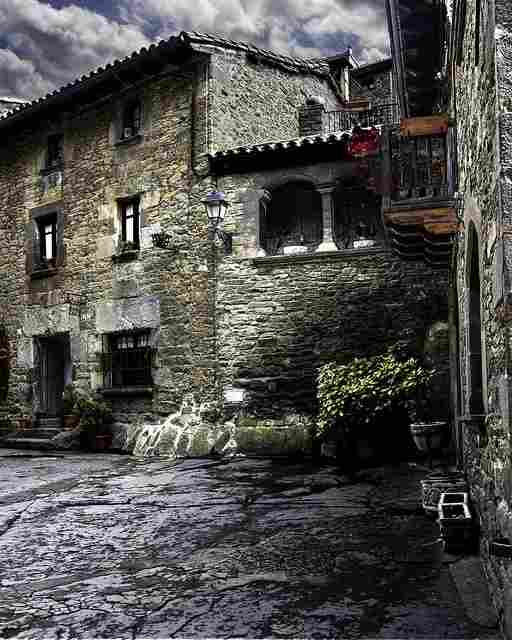 Municipality in the region of Osona. Born around a church and castle, it is one of the best preserved medieval villages in the province of Barcelona.
TOP 2: 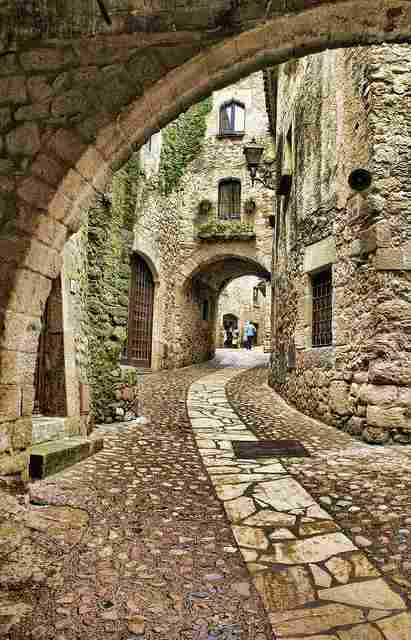 Its historic center stands out for its Romanesque tower with almost nine centuries of history, but in addition, its Gothic quarter, its wall, defensive towers, squares and viewpoints with magnificent views deserve a good visit.
TOP 1: 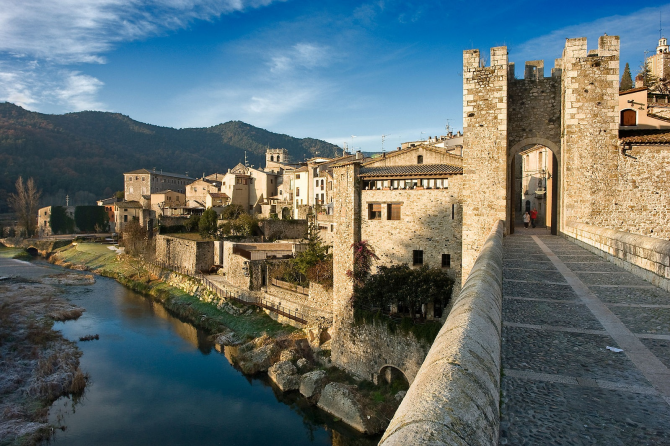 Perhaps one of the most famous medieval villages in Spain, for its surroundings, its magnificent appearance and its degree of conservation. Besalú is located in the region of La Garrocha, province of Girona, and is obviously another of the best preserved medieval groups in Catalonia.
More lists
FILM AND TV 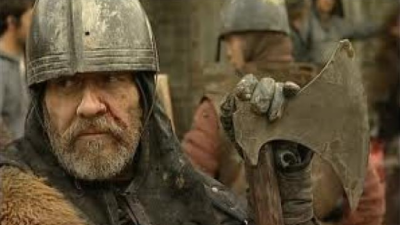 The best movies set in the middle ages 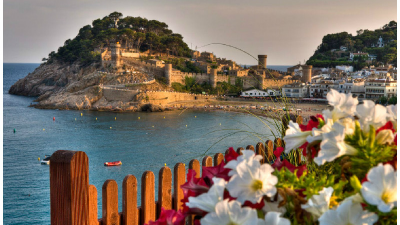 The most beautiful medieval villages in Spain 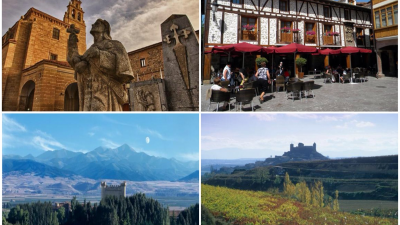 The most beautiful villages of La Rioja 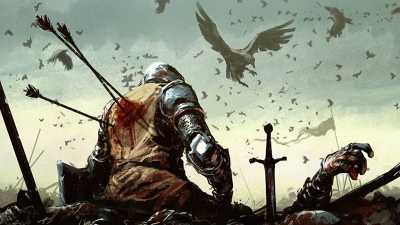 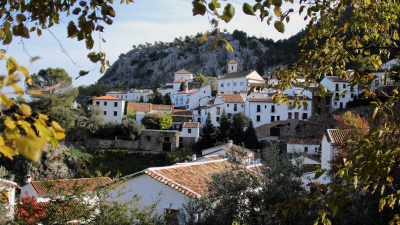 The most beautiful villages of Cádiz 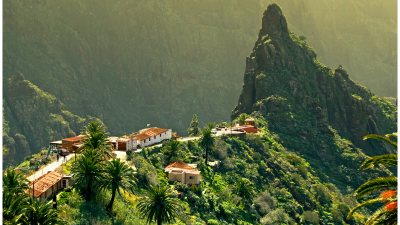 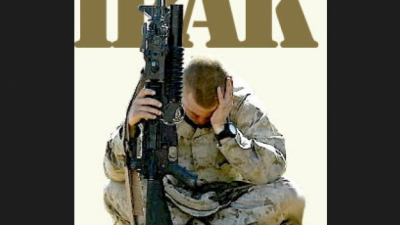 Movies about the wars in Iraq or Afghanistan
OTHERS 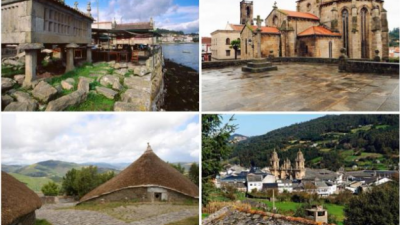 The most beautiful villages in Galicia
NEWS 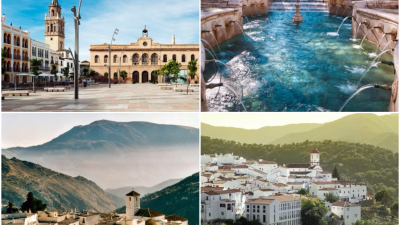 The most beautiful villages in Andalusia
NEWS 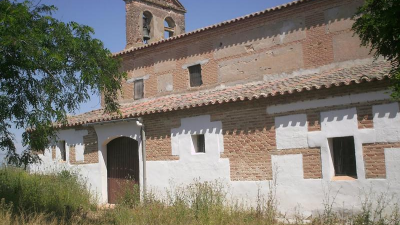 The least populated villages in Spain